DAVID CAUDLE is an alumnus of the Dorothy Strelsin New American Writers Group at Primary Stages, where he has developed several plays, including Downwrd Facing Debbie, Likeness, Leg Man, South Beach Rapture, Damsel and The Common Swallow, and most recently, the original musical Show People, with music composed by James Rubio. His play Visiting Hours was named Best New Play of 2012 by the Times-Picayune for its premiere production by Rising Shiners theater company in New Orleans. Currently residing in New York, Mr. Caudle is a Miami native who often sets his plays in his hometown, or premieres them there. In Development and Likeness premiered at New Theatre in Miami in October ’09 and September of ’07. The Sunken Living Room, now published by Samuel French, also premiered at New Theatre as a co-production with Southern Rep in April ’06, followed by an acclaimed New Orleans production at Southern Rep in Jan. ’07. To purchase The Sunken Living Room, click here. David’s one-act, Feet of Clay, is published in Samuel French’s 29th Edition of Festival Plays. To purchase Feet of Clay, click here. The short film version was directed by True Blood’s Carrie Preston. Most recently, he has written the screen adaptation of Major Conflict: One Gay Man’s Life in the Don’t Ask, Don’t Tell Military, by retired US Army Major Jeffrey McGowan. 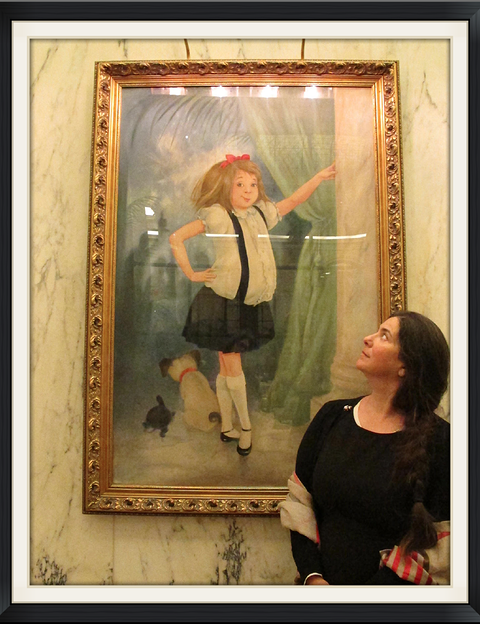 ANASTASIA TRAINA (Writer / Artist) has recently sold her screenplay, Horton Bliss, to Sony with Mark Gordon and Katalyst as producers, and Ashton Kutcher attached to the project; he is set to play the main character. She has been commissioned by Jason Kliot, of Open City Films, to write the feature film Away. In addition to her lucrative film exploits, Anastasia has also written for television. She wrote for the one-hour T.V. drama Street Time, a SHO original series, directed by Richard Stratton, featuring Scott Cohen and Rob Morrow.

Anastasia has written many plays and other dramatic works, too many to be written down, but to list a few: Currently, her play The Dustman a musical fantasy is being rehearsed by the Mandragora Group; it is slated for a 2013 release in Krakow, Poland. Anastasia’s new play entitled Seagulls on Sullivan Street had a workshop production at LAByrinth Theater’s Intensive in the summer of ‘09, and was performed at LAByrinth at the end of January, 2010. The same play also received a workshop at the Royal Academy of Dramatic Arts (RADA) in London later that year. Last but not least, Michael Imperioli’s, Studio Dante, produced her play From Riverdale to Riverhead during its ’07-’08 season

For those works currently in progress: Anastasia is finishing the writing and editing of her newest screenplay, Sparticles and String. She is at work on The Romantic Fiction of Maude Green, a stop-motion feature, and a picture book named, Effie, about an orphaned witch searching for her witchy-self.

A timeless story for Children of All Ages

The tale of Bitsy and Raff celebrates the power of friendship and the importance of inclusion in our increasingly complicated world. When a child is encouraged to befriend others in spite of– or better yet, IN APPRECIATION of– differences, the whole community wins. The ensuing series of books will take Bitsy and Raff on further adventures, which will inspire, enlighten, or sometimes simply ENTERTAIN!

“Just outside of a town near you,
A pond ripples softly with waters of blue.
Over the waters there’s always a breeze
That bends and sways the strongest of reeds.”

“All the pond knew, he was the weakest of reeds.
He could barely withstand a ladybug’s sneeze.
He cowered so low and bowed down his head.
And wished he could be a strong reed, instead.”

“Raff’s feebleness wasn’t embarrassing only
It also made Raff the Reed rather lonely.
No butterfly ever sat down on poor Raff.
The very idea made the butterflies laugh.”

“Then one day a strange new butterfly appeared.
She flew in odd circles and that just seemed weird.”

“The others went on with their laughing and talk,
But Raff watched as Bitsy sat down on a rock.
Bitsy sat on the rock, and down it did sink!
Deep down in the mud!  What was Raff to think?
How could itsy Bitsy weigh that heavy rock down?
She couldn’t weigh more than one gazillionth of a pound!”